So you’ve joined our club and sorted your race licence.  Now you need to either figure out what class to race your car in, or purchase a car to suit the class you’re interested in!

For our main saloon classes eligibility is based on a target minimum lap time around Manfeild: CircuitChris Amon and nothing else. There are no restrictions on engine size, wheel sizes, tyre types, engine swaps, aero mods or suspension upgrades. Provided the car complies with Schedule A you can ‘run what you brung’. Break out from the lap time and you get a penalty; beat it too often and you get bumped up to the next fastest grid.

Here are the grids: 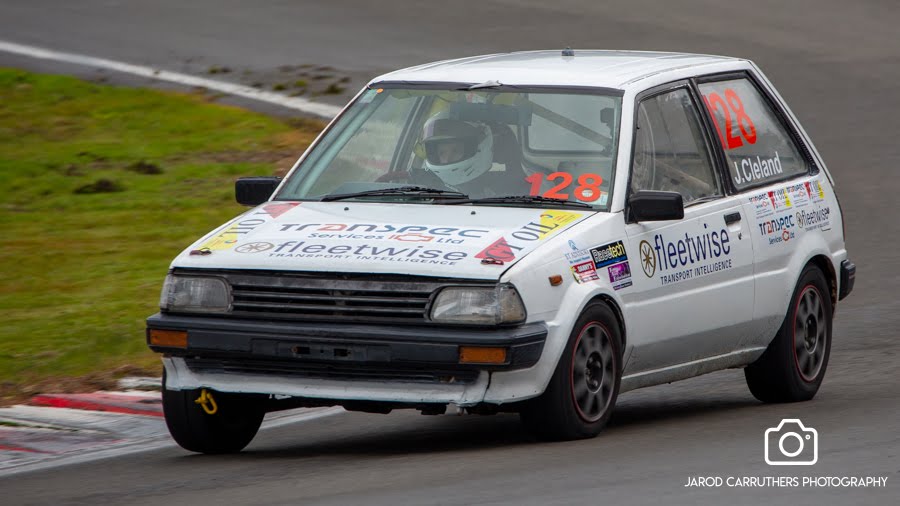 RS stands for ‘Real Slow’. It is the entry-level class with a discounted entry fee. The minimum lap time of 1 minute 30 seconds which represents an average speed of 121km/h. It is where the hatchback Starlets, Corollas, Civics and Sentra’s race, with the occasional HQ, Commodore or Falcon adding to the mix. 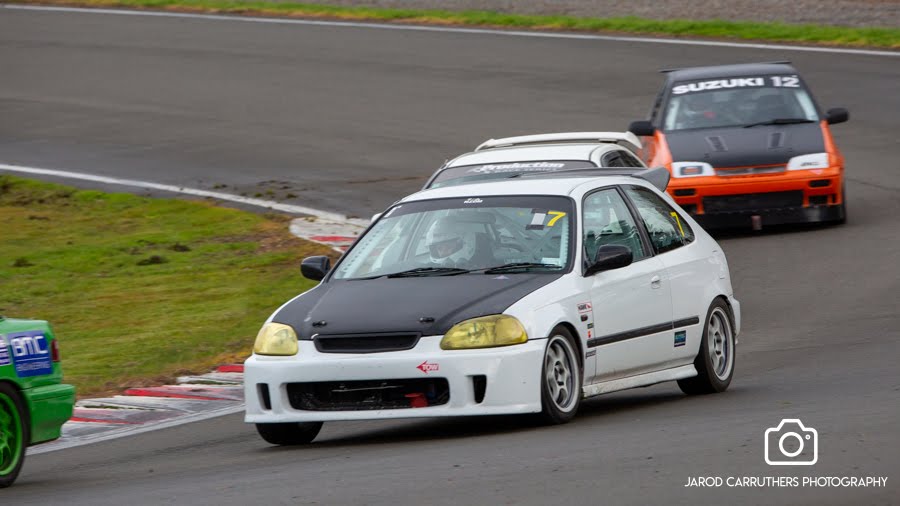 SF stands for ‘Slightly Faster’. The target lap time is 1 minute 25 seconds. This is where the faster RS Cuppers graduate to as they get more seat time and improve their cars. VTEC Civics and Intregras, 20 Valve Truenos and Levins, the odd Volvo or 300ZX give this group plenty of variety. IB stands for ‘In Between’. Break-out time is 1 minute 20 seconds or an average speed of 136km/h. These cars are starting to get serious, with competitors making more performance modifications for more speed. These are all purpose-built race cars 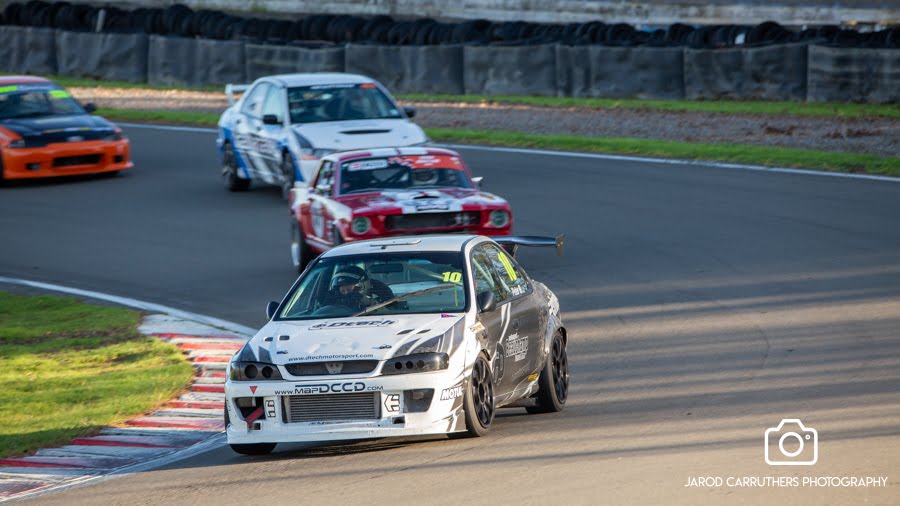 Split into two groups GT-A and GT-B. This is the fastest grid, with no lap-time restriction for GT-A. The break-out time for GT-B is 1 minute 15 seconds or an average speed of 145km/h. These cars are near the top of their development 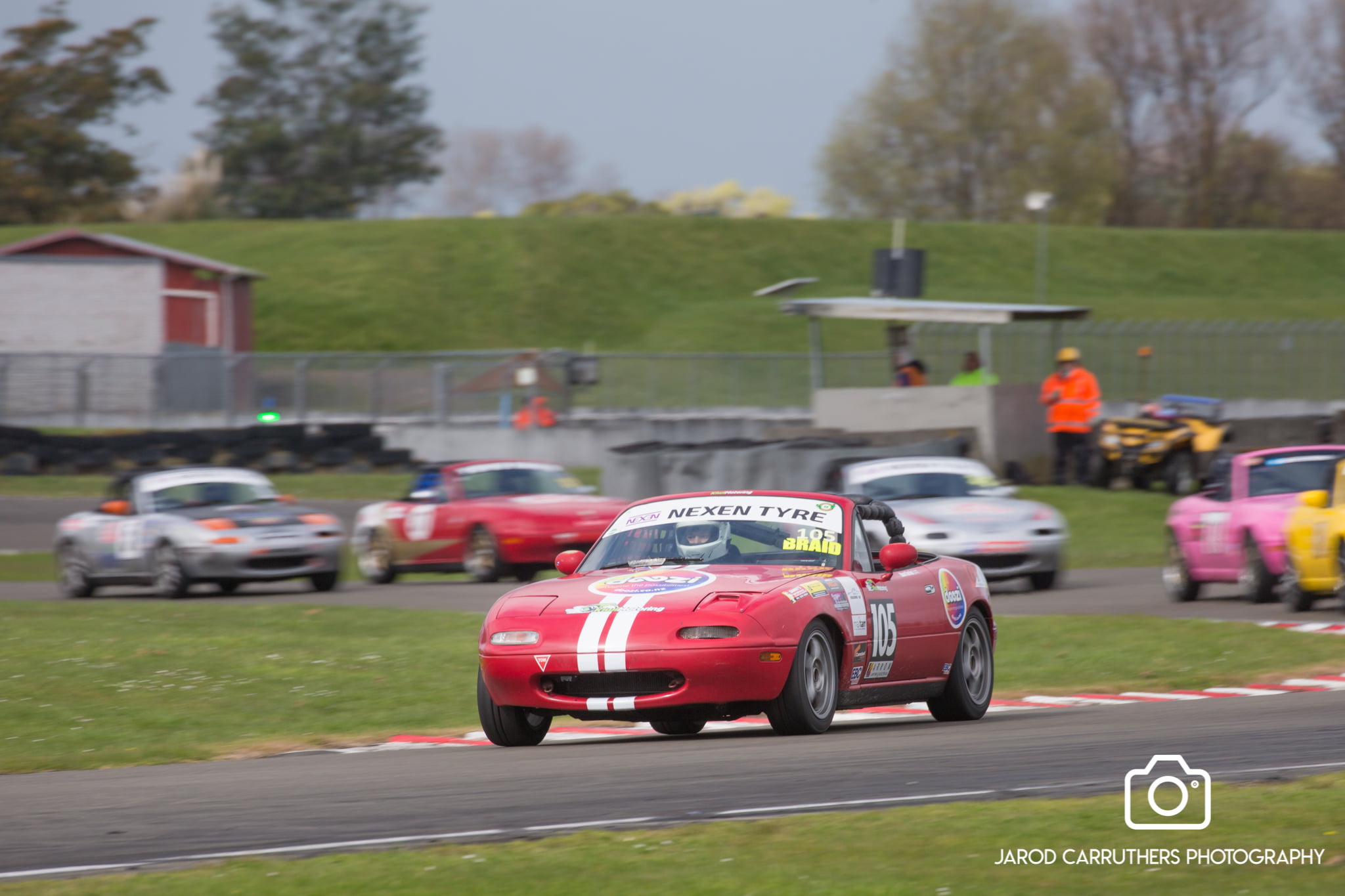 The MX5 class provides great value for money, competitive racing.  They are NA or Mark 1 basic production cars with restricted modifications; they can be fitted with upgraded coil-over suspension, race seats, a roll cage, upgraded brake pads, Hankook control tyres and not much else. This is a driver’s class where close racing is guaranteed at a low cost. 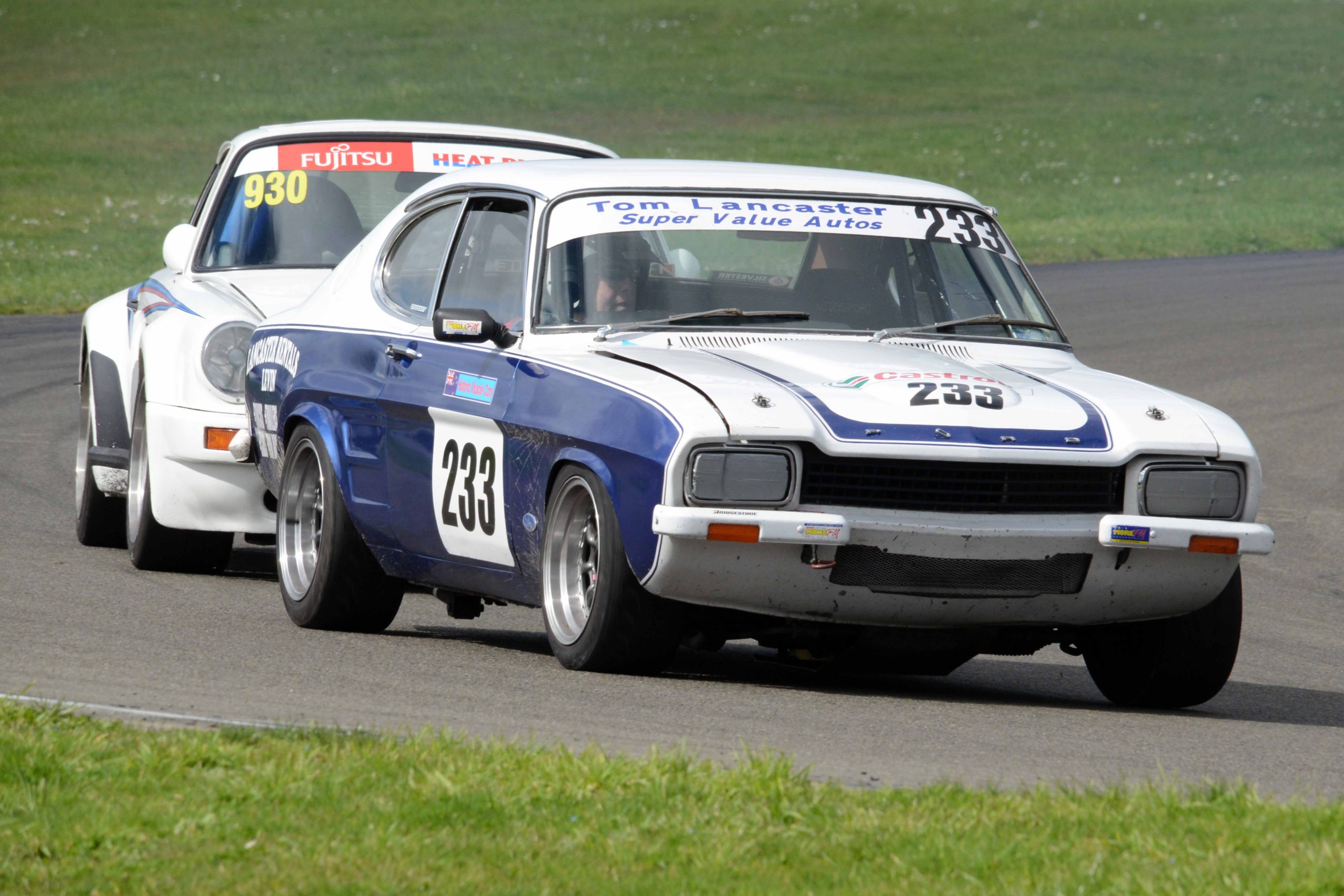 This is an invitation class or Classic Saloons and GTs manufactured before 31 December 1989, and Retro Classics of the same era but with modern engines and running gear. The series is designed to promote close, clean racing in well-presented Classic Cars that the public can relate to.